According to a recent press release from Moen, many people are relocating to urban centers for the faster pace, livelier atmosphere, and smaller houses or apartments. In recent history, most families have sought after the quiet, if not somewhat boring, comfort of outlying suburbs. Whatever the reason behind this new trend of urban relocation, people from across all demographics in cities like Cincinnati and Indianapolis are finding solace in more diverse (and somewhat crowded) portions of metropolitan areas.

Moving into properties with smaller living areas means that homeowners and renters will have to adjust to more quaint surroundings in their living rooms, kitchens, and bathrooms. Bathroom remodeling in Indianapolis will be a must for many of these Circle City dwellers to make sure that there’s enough space in the commode for everyone in the family. Swapping out traditional tubs for custom showers, or creating smart storage above the bathroom door or in negative space behind the vanity mirror and cabinet doors, are ideal ways to start making a smaller bathroom seem more spacious.

Check with the Indy Renovation blog for even more tips on making your bathroom the stylish and functional sanctuary you deserve.

“North Olmsted, Ohio… These days, you don’t need a big house to live large. Instead of spacious floor plans in subdivisions or planned communities, many of today’s homeowners are drawn to life in urban centers. From empty nesters, to young professionals and single men and women, metropolitan living is drawing more residents… and they’re not just renting. These consumers are forfeiting square footage for style and efficiency, purchasing smaller space homes in urban environments that make the finer things in life more affordable and accessible, all while being close to work and a vibrant lifestyle.

For the first time in more than nine decades, the major cities of the nation’s largest metropolitan areas grew faster than their combined suburbs. This trend, identified by Moen’s department of consumer and market insights in the second article in the Moen Watch three-article series, demonstrates a shift in home ownership from suburban to metro areas or as Moen calls it: ‘Urban Uprising.’

‘This idea of Urban Uprising is one we’ve continued to watch and it’s especially interesting because it goes against what we’ve thought was true for years — that bigger is better,’ explains Jack Suvak, senior director of consumer and market insights, Moen. ‘In 2012, we started to see this trend gain momentum with urban population and downtown occupancy increasing. But now, migration toward city centers is accelerating, and smaller space living provides great convenience and appeal to today’s consumer.’” 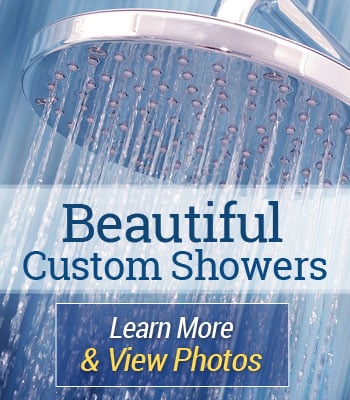 Top
We use cookies on our website to give you the most relevant experience by remembering your preferences and repeat visits. By clicking “Accept All”, you consent to the use of ALL the cookies. However, you may visit "Cookie Settings" to provide a controlled consent.
Cookie SettingsAccept All
Manage consent

This website uses cookies to improve your experience while you navigate through the website. Out of these, the cookies that are categorized as necessary are stored on your browser as they are essential for the working of basic functionalities of the website. We also use third-party cookies that help us analyze and understand how you use this website. These cookies will be stored in your browser only with your consent. You also have the option to opt-out of these cookies. But opting out of some of these cookies may affect your browsing experience.
Necessary Always Enabled
Necessary cookies are absolutely essential for the website to function properly. These cookies ensure basic functionalities and security features of the website, anonymously.
Functional
Functional cookies help to perform certain functionalities like sharing the content of the website on social media platforms, collect feedbacks, and other third-party features.
Performance
Performance cookies are used to understand and analyze the key performance indexes of the website which helps in delivering a better user experience for the visitors.
Analytics
Analytical cookies are used to understand how visitors interact with the website. These cookies help provide information on metrics the number of visitors, bounce rate, traffic source, etc.
Advertisement
Advertisement cookies are used to provide visitors with relevant ads and marketing campaigns. These cookies track visitors across websites and collect information to provide customized ads.
Others
Other uncategorized cookies are those that are being analyzed and have not been classified into a category as yet.
SAVE & ACCEPT
Home » Blog » Moen: How Will “Urban Uprising” Affect Bathroom Remodeling in Indianapolis?